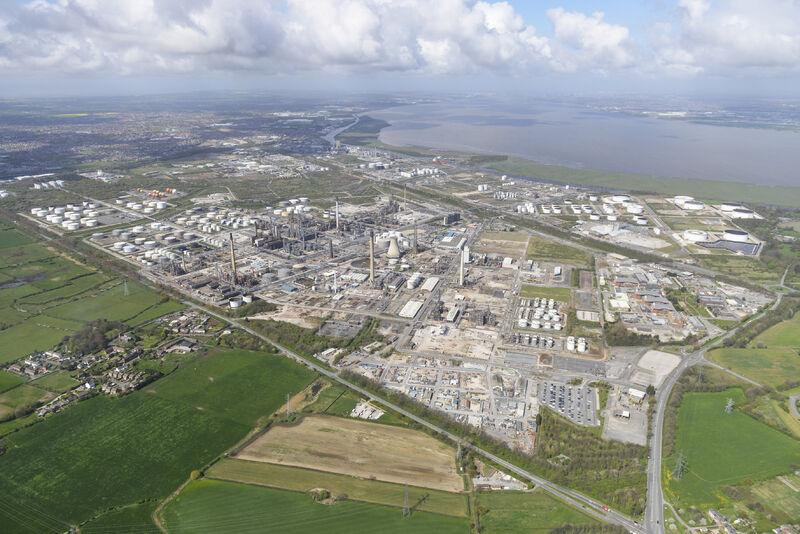 Stanlow, 14th October 2021: Essar Oil (UK) Ltd announced today that it had submitted a planning application to Cheshire West and Chester Council, seeking approval for the construction of hydrogen production plants at its Stanlow Manufacturing Complex in Ellesmere Port.

The proposed hydrogen plants will form a central pillar of the landmark ‘HyNet North West’ initiative, a ground-breaking low carbon energy project that will position the region at the leading edge of the UK’s transition to net zero.

Essar Chief Executive Officer, Deepak Maheshwari, commented: “Essar is committed to delivering on its transition to low carbon operations. The planned evolution of our Stanlow Refinery is set to power the UK’s low carbon revolution for years to come, creating jobs and helping local communities flourish.”

The application will request full planning permission for the majority of the first phase of the development, comprising the first process plant capable of producing 350MWth of high purity low carbon hydrogen. It will also request outline planning permission for elements of a supporting plant for phase 1, plus a second hydrogen production plant with a capacity of 700MWth of hydrogen and supporting plant.

In the following years, follow on capacity growth is planned to reach 80% of the Government’s new target of 5GW of low carbon hydrogen for power, transport, industry and homes by 2030.

The application marks a major step forward in the planned evolution of Stanlow as a low carbon energy cluster. Together with HyNet, Essar has also announced plans to create a new facility to convert non-recyclable household waste into sustainable aviation fuel (SAF) for use by airlines operating at UK airports. The project involves Essar, Fulcrum BioEnergy and Essar’s subsidiary company Stanlow Terminals Limited and will convert several hundred thousand tonnes of pre-processed waste, otherwise destined for incineration or landfill, into approximately 100 million litres of low carbon SAF annually.
ENDS

NOTES TO EDITORS
Further information about HyNet can be found at www.hynet.co.uk.
About Essar in the UK
Essar Oil UK is a leading UK-focused downstream energy company whose main asset is the Stanlow Manufacturing Complex, one of the most advanced refineries in Europe situated close to the major cities of Liverpool and Manchester. Stanlow has 800 employees, and is a key strategic national asset, annually producing over 16% of the UK’s road transport fuels, while playing a key role in Britain’s broader petrochemical industry.
Since acquiring Stanlow in 2011, Essar has invested $1 billion in margin improvement and other efficiency initiatives to ensure the refinery remains competitive in a rapidly changing market.

Essar is committed to playing a key role in the decarbonisation of the UK economy, with ambitious plans to build a green energy industrial cluster at Stanlow. These include the construction of two new low carbon hydrogen production units on site as part of the HyNet consortium, with a planned total investment of approximately £750m to deliver the hydrogen production hubs. Follow on capacity growth is planned to reach 80% of the UK Government’s new target of 5GW of low carbon hydrogen for power, transport, industry and homes by 2030.

The company is also working with Fulcrum BioEnergy on a £600 million project to create a new facility to convert several hundred thousand tonnes of non-recyclable household waste each year into sustainable aviation fuel (SAF) for use by airlines operating at UK airports.
www.essar.co.uk