Sustainable aviation fuel plant set for take off at Stanlow 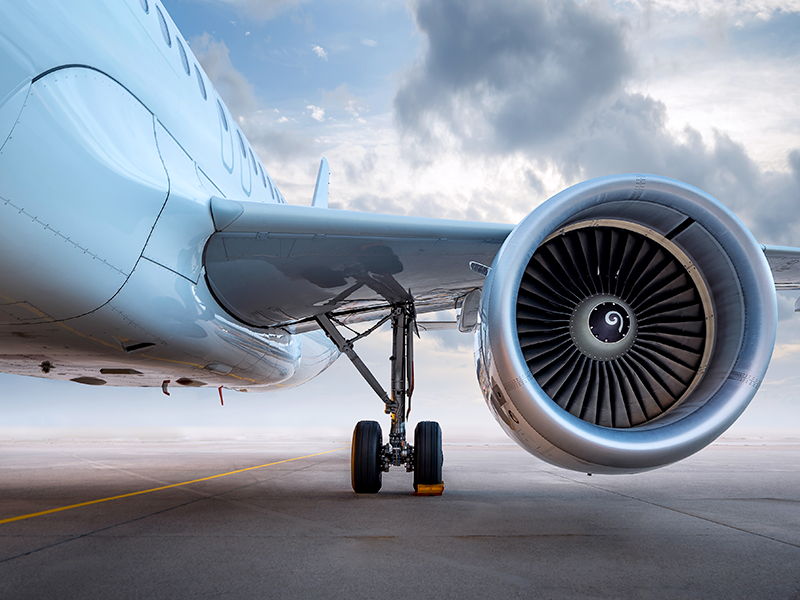 This innovative bio-refinery will convert several hundred thousand tonnes of pre-processed waste, which would have otherwise been destined for incineration or landfill, into approximately 100 million litres of low carbon SAF annually.

The project, which will see an investment of approximately £600m, will use Fulcrum’s proven waste-to-fuel process, which is already being deployed at its pioneering facility outside of Reno, Nevada in the United States, where operations are due to begin later this year.

The development will see Fulcrum, whose parent is based in California, United States, construct, own and operate the plant within Essar’s Stanlow Manufacturing Complex in the North West of England. This will be the first Fulcrum plant outside the United States.

Essar will assist with the blending and supply the new SAF to airlines, with Stanlow Terminals Limited providing product storage and logistics solutions for the project under a long-term agreement.

The Fulcrum venture will complement Essar’s wider plans to build a green energy industrial cluster at the Stanlow site. Earlier this year, it announced its participation in production of blue hydrogen under the HyNet project.

The project, which will fully integrate Essar, Stanlow Terminals Limited and Fulcrum assets and technology, is part of a number of innovative solutions at Stanlow designed to cut carbon emissions and contribute to the UK Government’s Ten Point Plan for a Green Industrial Revolution. The ambitious plan sets firm foundations to accelerate the UK’s path to net zero while transforming the economy, boosting employment and delivering growth.

The Stanlow project, named Fulcrum NorthPoint, will create 800 direct and indirect jobs during the design, build and commissioning process and over 100 permanent jobs during its operation. Plans for Fulcrum NorthPoint are expected to be complete at the end of this year and subject to planning consent, will be operational in late 2025.

This new development promises to lead the way to a cleaner and more sustainable future in the North West and change the way aviation fuel is made to help decarbonise the UK.  By using SAF derived from residual domestic household and commercial waste, greenhouse gas emissions are reduced significantly on a lifecycle basis when compared to fuels produced from conventional crude oil.

Such emission reductions are approximately 70% and have the future potential to be fully carbon neutral. In addition, SAF produced at the site offers a 90% reduction in particulates, which may benefit local air quality in and around airports.

For Essar’s Stanlow Terminals Limited, this is a breakthrough deal to provide dedicated tank capacity for the storage and blending of fuel products from Fulcrum NorthPoint. It will also utilise direct pipeline access to pump and transport the SAF to UK airports through the Manchester Jet Line and the UK Oil Pipeline network (UKOP).

Stein Ivar Bye, Chief Executive Officer, Essar Oil UK, commented: “Stanlow has produced high quality energy products for over 60 years and we intend to remain a key national supplier of energy for the UK into the future. Our sights are firmly set on helping to drive the UK’s decarbonisation strategy. This landmark development supports our long term sustainability ambition to deliver the energy solutions of the future and position Stanlow as the UK’s leading sustainable aviation fuel hub. It also complements the announcement last month regarding a blue hydrogen development at Stanlow as part of the HyNet project. Together, these initiatives will help diversify the refinery in a greener direction, and help achieve the UK’s decarbonisation goals.”

Patrick Walters, Chief Executive Officer, Stanlow Terminals Limited, said: “This landmark announcement of our partnership with Fulcrum after our first year of operations is an excellent example of why Stanlow Terminals Limited was established. By offering efficient low carbon logistics solutions to develop third party business we support diversification of the traditional refinery business and become a fundamental part of the UK drive to become carbon neutral.”

Jeff Ovens, Managing Director, UK & Europe Fulcrum, added: “We are excited to be announcing this project, located within one of the UK’s most important energy producing assets, which will help reduce the burden on landfills and industry’s reliance on fossil fuels.  Utilising the world class facilities available at Essar, including the impressive jet fuel storage facility at Stanlow Terminals Limited and direct pipeline to UK airports, Fulcrum, along with its current and future investors, will be able to build and operate its facility more efficiently and sets the ‘gold standard’ for SAF production by fully integrating its new, low carbon fuel technology directly within an existing refinery.

“Fulcrum’s fuel will enable airlines to reduce their impact on the environment and help put the aviation industry on its path to a more sustainable long-term operation. Aviation is one of the most hard to decarbonise transport sectors and sustainable aviation fuel is a key enabler for the reduction of carbon emissions. Unlike other fuel technologies currently being considered by industry, the use of SAF does not require changes to aircraft, engines, or airport infrastructure. Locating this facility in the North West of England at a strategic location will create new, skilled jobs whilst simultaneously contributing to the UK’s Net Zero 2050 objectives.”

Aviation Minister Robert Courts said: “This is great news for the North West, with hundreds of jobs created as the region takes the lead in making aviation greener.

“I hope this is a sign of great things to come as we look forward to a sustainable, low carbon future for aviation, helping us push forward towards our 2050 net-zero target.”

For more information:
Essar and STL:
Ian Cotton, Head of Communications,
ian.cotton@essaroil.co.uk and 07805 854169

Essar Oil UK is a leading UK-focused downstream energy company whose main asset is the Stanlow Manufacturing Complex, one of the most advanced refineries in Europe and situated close to the major cities of Liverpool and Manchester. Stanlow is a key strategic national asset, annually producing over 16% of the UK’s road transport fuels, while playing an important part in Britain’s petrochemical industry by providing key feedstocks. Essar Oil UK is committed to helping drive the UK’s decarbonisation strategy.

Located on the south side of the Mersey Estuary close to Liverpool and Manchester, STL is the newest and largest third party liquid storage business in the UK, controlling 3 million cubic metres of capacity. With eight jetties offering import and export of bulk liquids, marine access to terminals at Tranmere and Stanlow, one of Europe’s largest road terminals, excellent links to the UK’s motorway network and direct connections into the UK’s Oil and Fuel Pipelines, STL offers unrivalled connectivity.