Steel made in India, made for India 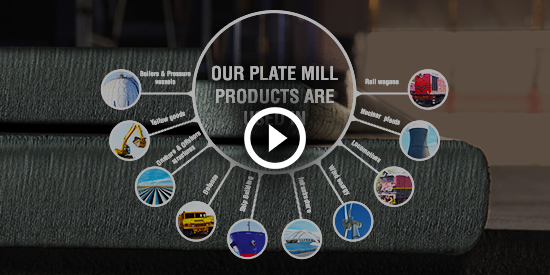 Steel is a crucial metal in the modern economy. It has always been a driver of civilisational progress. This is why a country’s per capita consumption of steel is considered to be one of the important indicators of its socio-economic development.

For over a century, India has been manufacturing iron and steel for domestic consumption. Among the earliest Indian steel companies was the Barakar Iron Works, which was later taken over by Bengal Iron and Steel, and finally integrated with the Indian Iron & Steel Company or IISCO in 1936. In addition, there were Tata Steel Limited (formerly Tata Iron and Steel Company or TISCO) and the Steel Authority of India (SAIL).

Despite a handful of such steelmaking units, Indian manufacturing didn’t really take off until the economic liberalisation. This was because of a scarcity of indigenous manufacturing-grade steel. Indian steelmakers, even until the early 1990s, were only producing long steel, which is predominantly used in construction. Flat steel, which finds wider usage in producing various kinds of end products, and in high-end manufacturing, was mostly imported.

Post the economic liberalisation in the 1990s, many policy changes were effected that gave the iron & steel industry high priority status. The decontrol and deregulation of the industry resulted in new steel plants being set up, large investments being made and several innovations being introduced in the sector. Essar was the first private company to set up a flat steel manufacturing unit in Hazira, Gujarat.

While flat steel is being widely and indigenously produced in India today and has many kinds of applications, steel plates are among the most widely used OEM products. They are used in shipbuilding, locomotives, hydro power plants, boilers and pressure vessels, onshore and offshore structures, rail wagons, wind energy and even nuclear plants and the Defence sector.

Even until the beginning of the new millennium, specialised grades of steel plates had to be imported since Indian steelmakers did not have the requisite knowhow or the sophisticated production facilities. Today, Essar Steel is among the few Indian steelmakers who have the necessary manufacturing prowess. With help from its R&D team, Essar Steel has developed many indigenous grades of steel plates at its Plate Mill facility in Hazira. The mill is the largest of its kind in India and can make the country’s widest steel plates with strength levels of up to 1,700 MPa and widths of up to 5 metres.

How strong is an Essar Steel plate? The plates used in making Defence weaponry has a strength level of 1,700 MPa. That’s almost twice the strength of the 900 MPa plates typically used in space installations and battle tanks! It is the first time an Indian company has indigenously manufactured such steel for the country’s Defence needs. It is steel that has excellent ballistic resistance properties and can give our Armed Forces a definite edge against the enemy.