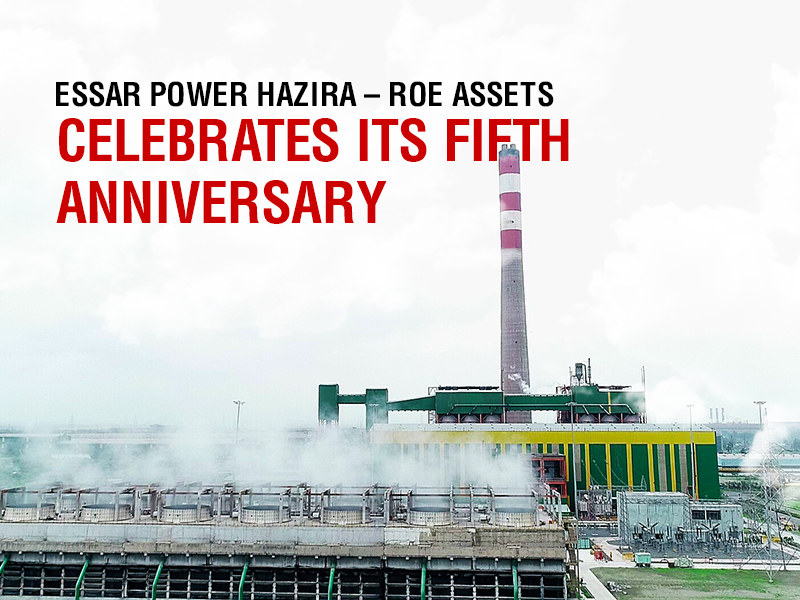 Essar Power Hazira Limited – Unit 1 recently celebrated its fifth anniversary of commercial operations. The painstaking efforts of the erection and commissioning team of EPHL paid off when the unit achieved its commercial operation date (COD) on 24 July 2015.

The continuous efforts and improvements undertaken by the team at the site over the past five years has ensured that operations run with an average reliability of 98.7%,  over 95% availability and an average Plant Load Factor (PLF) of 95%. The unit underwent a 25 days major overhaul in September 2019, wherein the rotor seals were replaced. This resulted in the unit’s performance being restored to its original condition.

In recent times, EPHL has proved itself to be a reliable and cost effective source of power to the ArcelorMittal/Nippon Steel plant at Hazira. The units utilise the by-products of fuels from the steel manufacturing process, namely Corex Coal Fines and Corex Gas in the boilers to produce power. This helps in reducing the coal consumption of the plant, thereby limiting its carbon footprint and conserving a natural resource.

Essar Power is one of India’s largest private sector power producers with a capacity of  3,245 MW across five multi-fuel plants in three Indian states and one thermal power plant in Canada. Of this, the Company operates 2,400 MW as an Independent Power Producer (IPP) with plants in Madhya Pradesh and Gujarat. The remaining are Captive Power Plants (CPP) in Gujarat & Odisha. Essar Power has also invested in the transmission business and constructed a 465-km interstate transmission system which spans three Indian states. 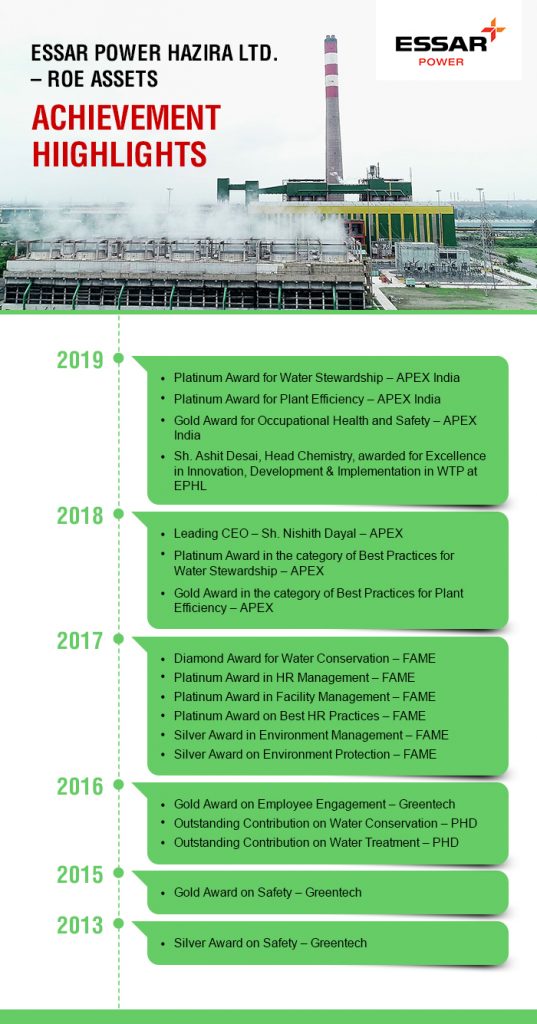