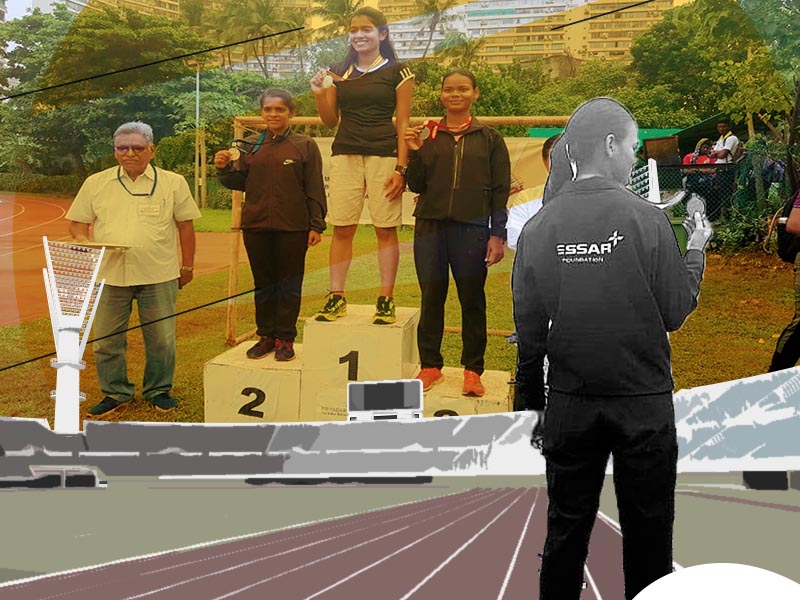 In the quest to promote sports amongst the underprivileged, Essar Foundation and Essar Power is supporting Priya Gupta, an athlete from Mumbai who is passionate about “Race-Walking”. Race-Walking is a foot race that is claimed to be harder than even running, and is a test of an athlete’s concentration and endurance.

Lack of financial and other resources slows down the pace for athletes to perform at higher levels, Essar Foundation stepped in to support Priya so as to help her achieve her dream to represent India.

Priya is currently doing her B.Com at Khalsa College, Mumbai, and is one of the top race-walkers in Maharashtra. She has participated and won several awards at various state-level championships. At the recent Junior State Athletics Championship 2022 held at Priyadarshini Park, Mumbai, she won a Bronze medal. Priya will be participating in the Maharashtra State Senior Open Athletic Meet 2022 which will be held in Nashik on 21-22 September 2022. She aspires to represent India, and idolises Priyanka Goswami who won a Silver Medal in the Women’s 10,000mtrs race-walk at the recently concluded Commonwealth Games 2022. We wish Priya all the best in her future sporting endeavours.

There are only two rules that govern race-walking. The first dictates that the athlete’s back toe cannot leave the ground until the heel of the front foot has touched. Violation of this rule is known as loss of contact. The second rule requires that the supporting leg must straighten from the point of contact with the ground and remain straightened until the body passes directly over it. Hence it is very different from running. Athletes usually move the pelvis forward to minimize sideways motion in order to achieve maximum forward propulsion. Strides are short and quick, with pushoff coming forward from the ball of the foot, again to minimize the risk of losing contact with the ground. World-class racewalkers (male and female) can average under four to five minutes per kilometre in a 20-km race-walk.