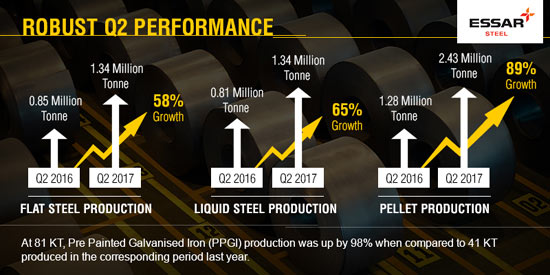 At 81 KT, EStIL’s PPGI (Pre Painted Galvanised Iron) production was up by 98% when compared to 41 KT produced in the corresponding period last year.