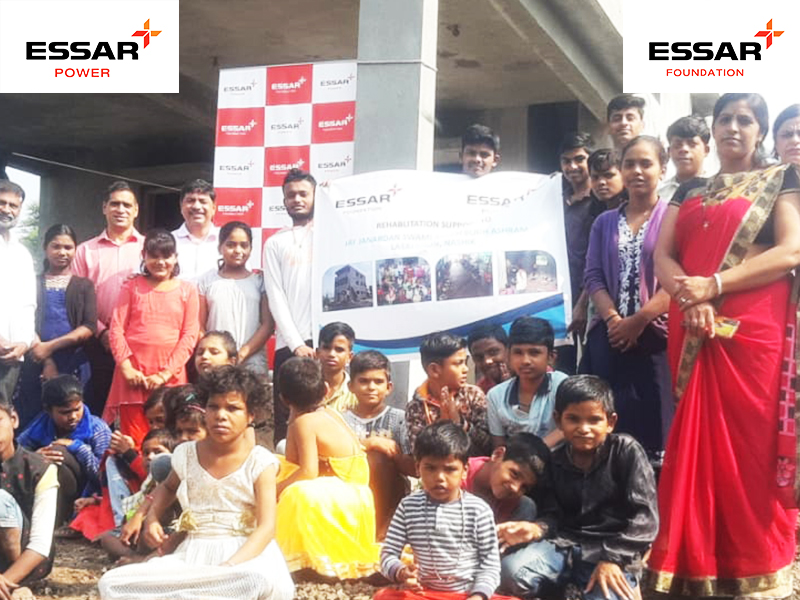 Jay Janardan Swami Anath and Vrudha Aashram, an orphanage and home to old-aged abandoned senior citizens, is situated 320 kms from Mumbai in the deep interiors of Maharashtra in a small village called Lasalgaon. The Aashram is cared by a couple – Mr. Dilip Baburao Gunjal and Mrs. Sangeeta Dilip Gunjal.

Mr. Gunial, himself an orphaned child at a tender age and having faced the hard realities of life, decided to set up the orphanage for abandoned children and senior citizens in 2003 with the little he had post his graduation. Since then, the couple has come a long way. Today, the aashram is home to 92 children (including physically and mentally challenged) and 20 old-aged senior citizens. The children have been enrolled at the local municipal school for their education.

The children adopted into the aashram were either abandoned at birth, or left on roads and garbage bins. Few were abandoned owing to the myth that a girl child would be a “burden”. Few others had lost their parents in accidents and had no relative willing to adopt them as their own. Worse, few were abandoned as they were mentally challenged or physically handicapped.

The children and old aged citizens have been living in a makeshift metal sheet shanty, which is vulnerable during rains and strong winds, and is too hot in the summers. The couple has been working hard to construct and build a better home for the abandoned children and senior citizens. 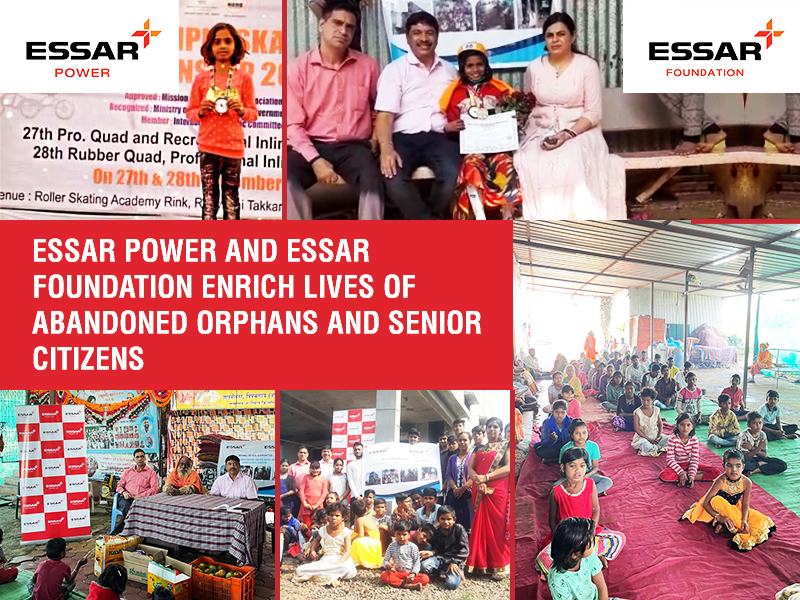 On behalf of Essar Power, the Essar Foundation team visited the aashram on Friday, 10th December 2021, and gifted the children new mattresses, bedsheets and linens, along with chocolates and fruits.

During the visit, we found that few children in the aashram have exceled in sports and art. One of them is Durga, a little girl aged 8 years, who recently won the Maharashtra State Championship in Skating, and will be representing Maharashtra State at the National level competitions which would be held in Goa next month. Essar Foundation will be adopting Durga, in its efforts to encourage her to excel in the sport, and achieve her dreams.

Essar Power and Essar Foundation teams plans to work closely with the aashram in the future and provide more support.