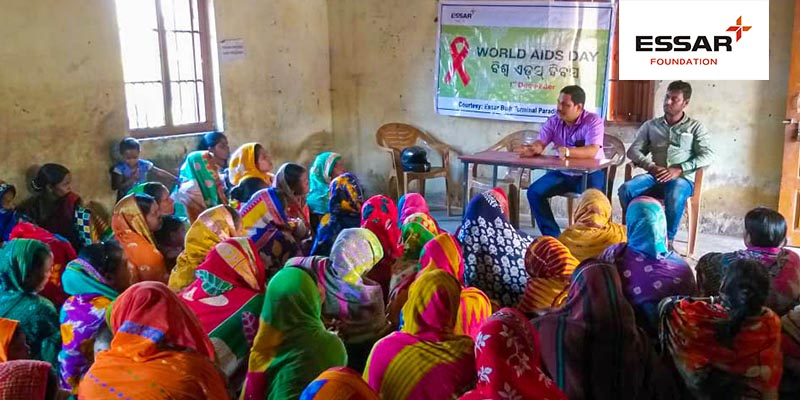 According to the data released by Odisha State AIDS Control Society, around 40% of new infections recorded in the state (since December 2019) fall within the 15-35 year age group. This is an increase from the 32% share of youth in new cases recorded in 2018-19, clearly indicating the criticality of the issue and the need for awareness among the youth.

Essar strongly believes that the best way to defeat HIV/AIDS is through open conversations, between individuals, families and communities. Marching in this direction, Essar Bulk Terminal Paradip Limited recently conducted an outreach programme for the slum dwellers, particularly women, of Lokpada village in Paradip (Odisha). Led by HIV/AIDS counsellors of Biju Memorial Hospital, the programme emphasised the importance of prevention and protection, lowering stigma and seeking treatment. Over 180 villagers were educated on safe-sex practices, prevention methods, impact of HIV on the immune system and the symptoms of AIDS. We hope such small steps contribute to the vision of eradicating HIV/AIDS.