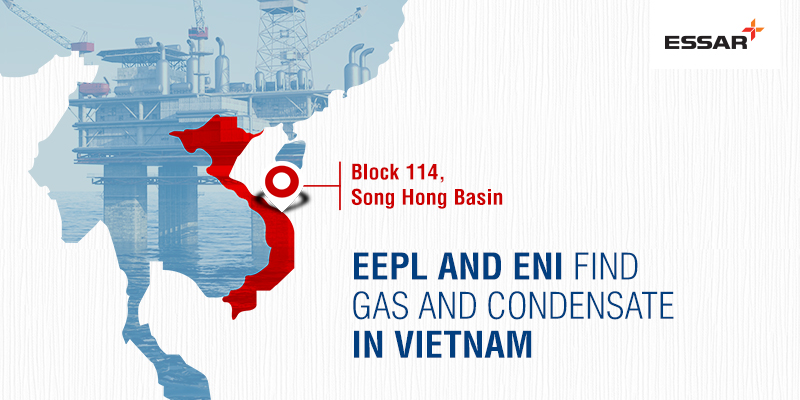 Port Louis, Mauritius: Essar Exploration & Production Limited (EEPL) and ENI have jointly announced that their exploration well located at Block 114, Song Hong Basin, Offshore Vietnam, has established the presence of gas and condensates in the Ken Bau prospect. ENI is the operator of the block with 50% participating interest.

EOGEPL is the largest unconventional E&P companies in India with a significant resource base in strategically located sedimentary basins across the country. It is a pioneer in Unconventional Hydrocarbons in India. The Raniganj CBM asset in West Bengal is internationally considered as a showcase for CBM learning and development, and is the first CBM asset in India to cross the threshold of 1 million cubic metres per day of gas production.