Engineering an unbreachable line of defence 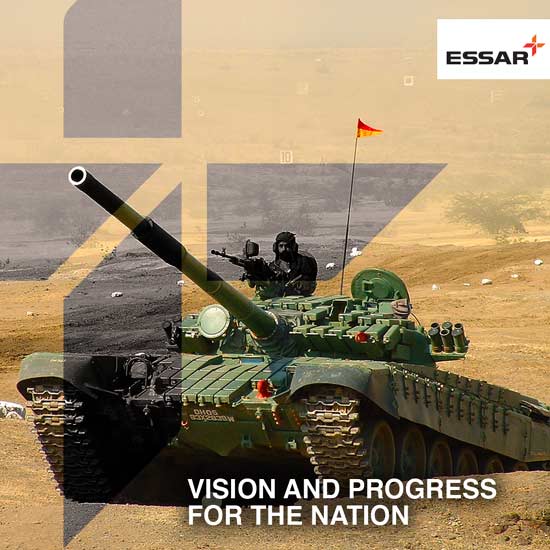 India has the world’s third largest active military force with 1.3 million men and women actively guarding the borders as well as battling terrorism. The estimated expenditure of the defense sector is expected to exceed USD 250 billion over the next few years. Though, India has relied heavily on defence imports in the past, a shift is taking place towards indigenous defence procurement.

Engineering an unbreachable line of defence

The government of India launched the ‘Make in India’ campaign in 2014, with a view to lower India’s dependency on imports, encourage indigenous companies to produce import substitute grade of products,. This was followed by the revision in the Defence Procurement Policy 2016 which endorsed ‘Make in India’, allowing domestic manufactures to play a key role in the indigenous manufacturing of defence material. The time was ripe for Essar to step in.

Protection For Those Who Protect Us
Essar Steel’s R&D team had already been engaged in the development of ballistic protection steel. With the changing defense procurement policy, Essar pitched in with its bullet proof steel. This steel developed by Essar exceeds hardness of 500 BHN, which means it can withstand bullets travelling at an average speed of 840 m/sec. Essar is the first Indian company to launch this special grade steel that finds application in providing ballistic protection to combat vehicles, artillery guns and battle tanks. Steel of this nature had till now been imported. But with Essar manufacturing this high performance ballistic protection steel, the nation can look at being more self-reliant in strengthening its military might.

Quality Assured
Essar’s R&D division, which produced this steel has met the approval of the Department of Science and Technology, Government of India. Additionally, the Defense grade steel developed by the company meets the stringent standards of the Defense Metallurgical Research Laboratory, Combat Vehicle R&D Establishment, Directorate of Naval Architecture and Directorate of Naval Design.

This is not the first instance of Essar’s contribution to the defense sector. Essar has been diligently developing products for this sector for the past seven years. Essar looks forward to enabling and empowering the country to achieve a self-reliant and sustainable defense industry in the future.