In the domestic market, Essar Oil and Gas Exploration, which is currently producing about one million cubic meters of gas per day of CBM, would be among the interested bidders. 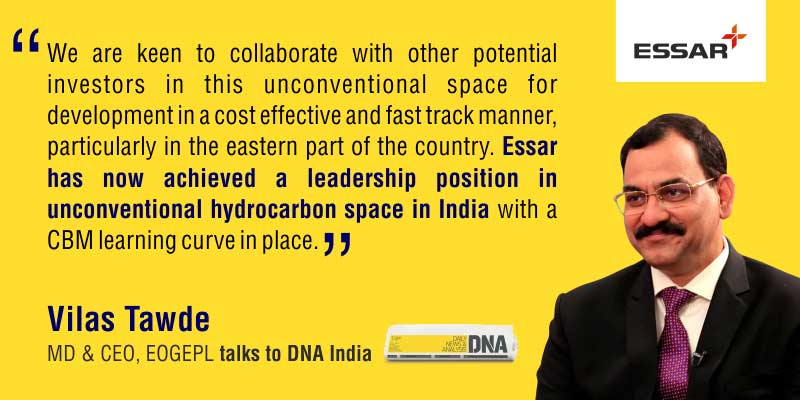 The Cabinet on Wednesday eased norms for the exploitation of CBM from areas under coal mining leases with Coal India and its subsidiaries without seeking approvals under the Petroleum & Natural Gas Rules 1959.

The government in 2015 had granted rights to Coal India for exploration and exploitation of CBM from all coal bearing areas for which they possess mining lease for coal. However, that notification required Coal India to make an application under the petroleum and natural gas rules for grant of mining lease for CBM.

Currently, that notification has now been relaxed, thereby allowing Coal India to immediately start working on its CBM plans, particularly, in the Ranigunj and Jharia coal fields.

And with Essar Oil and Gas turning its maiden CBM block into a regular producing block, it is now ready to work with players like Coal India, which lacks expertise in this area.

A ready market for about six million cubic meter a day demand for gas is presently available from the industrial belt stretching from Bokaro to Panagarh.

This coupled with CBM Early Monetization Policy giving marketing and pricing freedom to CBM producers to sell the gas at arms length price in the domestic market and the proposed connectivity through GAIL’s Jagdishpur-Haldia National gas pipeline Grid, called Urja Ganga, would greatly boost demand for this non-conventional source of energy.

GAIL has just commenced the construction of 555 km long West Bengal stretch of the gas pipeline while the second phase of the Urja Ganga pipeline connecting Gaya to Bokaro, Ranchi, Haldia and Dhamra is scheduled for completion by end of 2020.

Essar Oil and Gas, which is now planning to double production in near future, is among three producers in the country; other players are Great Eastern Energy owned by YK Modi group having its block nearby, and Reliance Industries which has producing blocks in Madhya Pradesh.

“We would like to leverage this learning for effective development of future unconventional pursuits,” Tawde said.